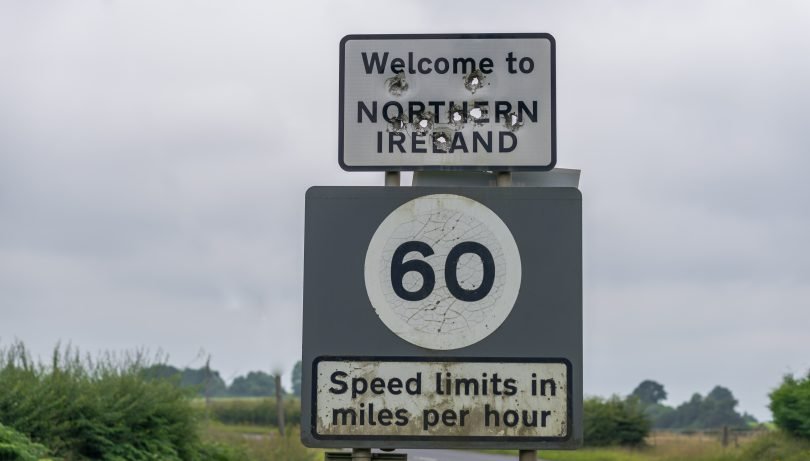 Some hard negotiating and real movement from the Commission is required if the EU’s proposals to amend the Protocol are to improve issues on the ground in Northern Ireland. Here we examine the core offer and assess the likelihood of a mutually acceptable implementation of the Protocol being agreed.

At long last, the EU has laid out a set of proposals for dealing with multiple trade problems caused by the Northern Ireland Protocol (NIP). These have been trailed extensively by Brussels and EU-friendly media as a major concession which will greatly reduce the trade frictions created by the NIP (to note, the NIP is not supposed to cause trade frictions but to avoid them). The EU claims its proposals would get rid of 50% of customs checks and 80% of SPS (agri-food) checks, suggesting that their changes would create an ‘express channel’ for GB to NI trade – similar to the ‘green channel’ proposed by the UK.

It is welcome that the EU has finally shown a willingness to move away from its legalistic intransigence on the Irish border issue and is no longer dismissing suggestions for lighter touch implementation of the Protocol as ‘magical thinking’. And there are some positive elements among the EU proposals which align with suggestions from the UK side. Tabling the proposals in itself is the first real acknowledgement by Brussels that the Protocol as it stands is not working.

However, close examination shows that the reality of these proposals does not live up to the hype, and there is a nasty sting in the tail on governance which would actually extend the EU’s tentacles into matters of UK sovereignty. The proposals are hedged about with a variety of limitations and conditions that make them unacceptable to the UK. In some cases, new trade complications would even be introduced.

Here is our take on various elements of the proposals.

SPS (agri-food) trade – dynamic alignment by the back door

There are some welcome elements here, with suggestions for reducing supermarket customs formalities to one declaration per month and simplifying certification of SPS goods, including a single certificate for mixed consignments (which has been a thorny issue). The legal problem of GB supplying chilled meats to NI also seems to have been solved; ‘UK-only’ labelling for sensitive products is not unreasonable. But:

A potential reduction of 50% in customs paperwork is a small step in the right direction, and some of the EU’s asks in this area, such as better data sharing with the UK, are reasonable. But:

The medicines proposals would help ease the flow of generic drugs by allowing GB bodies to certify medicines for NI. But:

The proposals do not seem to touch on this, but it is a serious issue as the existing rules allow the potential for reachback from NI to GB.

Again, the EU’s proposals fail to address the anomaly which keeps Northern Ireland in the EU’s VAT regime, even though no VAT is remitted to the EU and VAT rates are different between the UK/NI and the Irish Republic. The inclusion of EU VAT law in the Protocol was only conceded at the lastminute during negotiations after the Benn Act made leaving without a deal impossible. But EU VAT legislation is already having a negative impact on the second hand car market in Northern Ireland, and as time goes on and VAT systems diverge, problems will only increase. And if at some stage the UK decided to replace VAT, how could NI be left behind and subject to the tax rules of a foreign entity over which it has no say?

The UK wants the ECJ’s role in dispute settlement on the NIP removed and replaced with a normal treaty framework featuring bilateral engagement and where necessary independent arbitration – on the correct grounds that the ECJ cannot be an impartial arbiter of such disputes. And as the EU has already threatened to retaliate on perceived infractions through suspension of the TCA, adding the Protocol to the TCA and using that governance framework is entirely appropriate. The EU proposals have nothing to say on this, but Brussels has made it clear in recent briefings that it will resist removing the ECJ role.

Instead, the EU has proposed ‘enhanced engagement with Northern Ireland stakeholders’ via ‘structured groups’ which would deal directly with the Commission, by-passing the British government. This is a brazen attempt to gain a voice and a legal governance status over the affairs of a part of the United Kingdom and would constitute a major breach of British sovereignty.

Overall, it’s clear that the EU’s proposals, while containing some positive ideas, fall a long way short of what is needed to fix the Protocol and do not meet UK asks, most recently in the Command Paper of July 2021. The SPS and customs proposals do not allow free movement of GB goods to NI which are intended for consumption in NI only.

They also fall far short of providing an ‘express channel’ for such trade as the EU claims. Substantial trade frictions would remain, damaging NI’s place in the UK single market and promoting inefficient trade diversion (which, we must remember, the Protocol gives as a valid reason for invoking Article 16 which allows suspension of parts of its provisions). This reduces welfare and living standards in NI and endangers political stability.

In the case of supermarket supplies, the EU’s proposals (critically, those extending rules of origin to agri-food trade between GB and NI) would mean that without the current grace periods suspending SPS and other checks, bureaucratic requirements and associated costs borne by NI supermarkets would rise considerably from current levels.

Moreover, these proposals come with unacceptable conditions, including continued regulatory alignment on medicines and also on many SPS goods. It’s important to understand the significance of this. Even when (as for medicines) this alignment is supposedly only needed for GB goods headed for NI, in practice it would be much wider than this, as firms will not set up separate production lines for the small quantity of products headed for NI. And the prospect of having to do so might stop them supplying NI entirely. Requirements for alignment also mean the EU would still be able to use NI as an economic pressure point against the UK by altering rules to increase GB to NI trade frictions (thus encouraging alignment by GB).

The best summing up is probably that by Sir Jeffrey Donaldson of the DUP: ‘short–term fixes that reduce checks and potentially give the appearance of easements compared to the current time will not of themselves solve the problem of divergence within the United Kingdom’. And as Jim Allister of the TUV has noted, the EU’s proposals would still leave NI in ‘a foreign single market for goods, under a foreign customs code and VAT regime, ruled by foreign laws and adjudicated upon by a foreign court’ – if the economic issues are only slightly improved by the EU’s new proposals, the constitutional problems are not ameliorated at all.

The UK should continue to press for a much lighter touch approach, with all GB to NI trade entirely exempted from both customs formalities and SPS checks. A system of data collection by the UK authorities on GB to NI trade flows, augmented by data sharing with the EU and intelligence-led spot checks to prevent cross-border leakage, should be quite sufficient to protect the EU single market. The fact that the EU single market has not been in any way damaged or subverted by GB to NI flows over the last nine months – when a large chunk of these flows has been freed from most formalities by grace periods – is proof of this proposition.

If the Protocol is to survive, the EU needs to agree solutions which respect the UK’s sovereignty, customs territory and internal market, and stop trying to turn Northern Ireland into an EU controlled backwater.