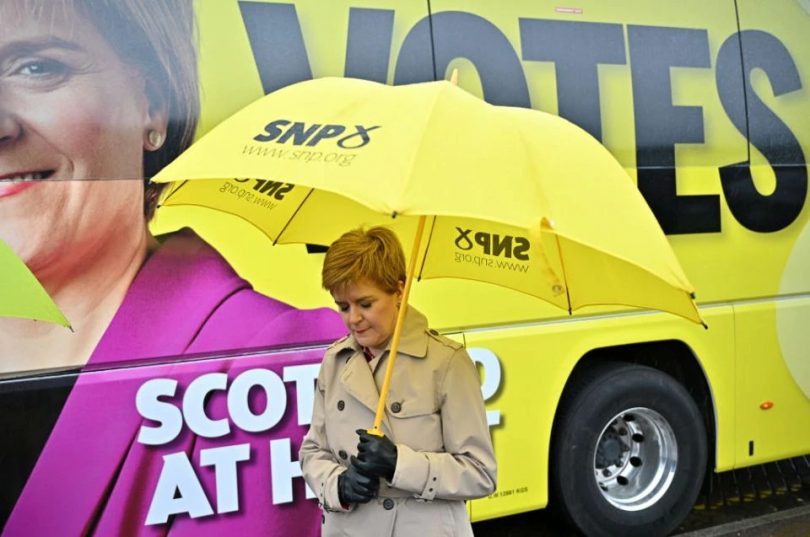 Subsidies continue to flow from the English taxpayer to the devolved nations of the UK. Boris Johnson is reportedly considering a further massive programme of infrastructure spending to convince the Scots of the benefits of being in the Union. Professor Ormerod argues that subsidies do not work to strengthen the Union and should be withdrawn.

The so-called Barnett formula, put together in the 1970s, already ensures that Scotland always gets more public expenditure per head than England.  The shaky state of the Scottish public finances, even before Covid, was well known. Member states of the EU must run public sector deficits of no more than 3 per cent of GDP. In 2019, Scotland’s deficit was getting on for three times that amount. In comparison to Wales, however, the Scots are frugal.

According to Welsh government figures, before the pandemic the public sector deficit of Wales was a staggering 19.4 per cent of GDP. If the UK as a whole had a similar proportion, the fiscal deficit in 2019 would have been £425 billion – larger than it was last year, even after Covid took hold of the nation. Yet support for Welsh independence appears to be rising strongly.

The seemingly endless subsidies from England have had a decidedly mixed outcome in terms of stemming the nationalist tide. The Barnett formula, developed almost half a century ago, has worked for many years. Despite scares, Labour held on to its Scottish fiefdom. Until 2015 that is, when the SNP took 56 out of the 59 available seats.

The situation is now similar to that of Ethelred the Unready in the classic parody of history, “1066 And All That”. The real Ethelred did indeed try and prevent the Vikings from invading by paying them off with what was known as the Danegeld. But as the authors state “the Danes had very bad memories and often used to forget that they had been paid the Danegeld and come back for it almost before they had sailed away”. In the same way, the Scottish and Welsh governments are very happy to accept ever increasing sums from the English. It is just that they take credit for the spending themselves, with gestures such as a four per cent pay rise for NHS staff in Scotland.

In both Wales and Scotland, actions of successive UK governments have made it entirely rational for voters to express support for independence. That way, the English will always cough up more cash. Rather than attempt to persuade people of the benefits of the Union by spending more and more, it might be better to show the consequences of having them withdrawn.

Wales would be a useful testing ground for this experiment. The government should announce that subsidies will be withdrawn over a period of, say, three years so that by then the public sector deficit in Wales is the same as in the UK as a whole. At the same time, the Welsh government should be given new powers to raise taxes if they wanted to sustain the current levels of expenditure.

Paying Danegeld to the Scots and the Welsh simply does not work. Time to concentrate their minds on economic realities.

Paul Ormerod is an economist at Volterra Partners LLP, a Visiting Professor in the Department of Computer Science at UCL, and author of Against the Grain: Insights of an Economic Contrarian, published by the IEA in conjunction with City A.M.